Cancer screening on the Clara Bus made a world of difference to Victoria Pepabano.

Hello everyone, my name is Pauline Lameboy and I am from Chisasibi.

I work for Cree Women of Eeyou Istchee Association

I was asked to work with Lucy Trapper, she works as a PPRO for Public Health CHB.

We were assigned to discuss and look for people to tell their own stories or tell other people's stories to those that pull through breast cancer.

You will hear from these individuals telling their own stories or their loved ones stories.

My name is Victoria Pepabano, I am from Chisasibi.

I was requested to take a mammogram.

I went to my appointment

I don't exactly remember the month...

I received a call from a doctor and wanted to see me at the hospital.

This is when they told me about my results.

They saw something from my session with Clara Bus.

I was told they would send me down to Val D'or to get an ultrasound but not right away.

I don't remember the name of this doctor.

When I was in Val D'or, laying down on the bed looking at the screen while I had my ultrasound...

the radiologist told me a doctor will come see you.

Once the Doctor came, he continued with the ultrasound...

he informed me I would have a biopsy.

I agreed. A needle was used and it was long.

Once I was done with the tests, I went back to Chisasibi.

In March or April, I got a call again from the doctor and asked me to come over.

I was alone. They received my results from the biopsy.

I did not know what to do after this news.

He told me they will send me to Montreal.

The doctor asked me if there was anyone that ever had breast cancer in my family.

I remembered my dad's sister had breast cancer and her name was Agnes.

I said "yes", he asked which side of the family and I told him on my dad's side.

Then he wanted to know how I wanted to break the news to my family and if he should tell them, I said no.

It was only later I thought I should have asked him to tell my family.

I went home. Do you know Sarah Spencer? I thought of her right away.

I sent her a message through Facebook messenger and told her about my diagnosis.

She thought it is best for a person to tell their own families instead of the doctor telling them.

First person I told was my husband, then my children with their spouses.

The doctor told me he did not know what my next step will be, they will only know once I go to Montreal for further assessments.

There were 3 options, surgery, chemo or radiation.

The specialist's name is Doctor Tremblay.

I am not sure which date I was sent down, probably May or earlier.

They did a lot of tests.

When they were done, I went back home.

Then I was given a date for my surgery and it was scheduled on May 23rd.

I had to fly out early to do more tests before my surgery.

I went with my husband and two of my daughters, Barbara and Lisa.

It was only a day surgery,. I was not admitted and did not stay overnight at the hospital.

They asked about my previous surgeries, I told them about my experience and how I was sleeping a lot afterwards.

She invited my husband and daughters to give us an update, tumor was not that big and she succeeded by removing all of it.

Also, she took one of my lymph nodes and there was no sign of cancer cells.

I was told I will not have chemo, only radiation treatment.

I was sent home to recover.

Later, before my planned radiation therapy, I had to go back to Montreal again.

At the end of July, I started my radiation.

I stayed there for 7 weeks for the radiation treatment and occurred 5 days a week from Monday to Friday.

The process did not take long.

For the whole 7 weeks, I was allowed to go with an escort and my sister Phyllis came with me.

They could not stop and still had to continue the treatment.

I had to go to the clinic and they put some dressing with cream on the affected area.

I was not allowed to wear a bra. They made something for me to wear.

In September 10 or 11, that was the last day of my radiation.

They put markings on you with a marker and they do not want you to shower long because you might was them off.

When I was done with my session, I went home.

They gave me anastrozole, an anti-cancer pill.

They prescribed the pills to me for 5 years.

I had follow-ups every 3 months and assessments were done.

I was done with the pills on September 2019.

I liked taking the pills

Although there were side effects like muscle pain, joint pain, body pain and I was tired all the time.

I told my doctor about my situation, she revealed there were different kind of pills I could take to alleviate my pains but I didn't want to take more pills.

I told her I can tolerate my symptoms.

Thankfully, she didn't give them to me.

In September 2019, I received more tests. The doctor instructed me I would continue taking my pills 3 more years.

I was happy thinking I would be done with them.

Also, I had my mammograms every year.

Altogether I had 3 doctors, my oncologist, breast doctor and radiation oncologist.

One time in one of my appointments with my radiation oncologist, she told me "this is the last time I see you, I hope I never see you again".

Today, I have appointments every 6 months. Since the pandemic, I have my appointments here for my blood tests and they send them out.

They call and tell me my results over the phone. They come back normal each time.

I don't know what else to say.

So you've been cancer free for how many years?

I want to encourage women to attend all their appointments.

The first time I was diagnosed, I was unaware I had it. there was no pain or anything.

I wouldn't have known if I didn't go to Clara Bus, that is where it was first detected.

I encourage all women to do self breast examination and if they get invited to make sure they do go.

If ivt is detected early, the person's journey goes well.

I always feel and think whenever I fly down to get tests, sometimes I feel worried but when they tell me my blood works are good, I am happy.

She always tells me to keep it up. I am happy I am doing well.

Thank you for telling me your story.

I thank you for inviting me as well.

Always take care of yourselves and go to your mammogram examinations.

The Clara Bus mobile mammogram unit, operated by the Institut national de santé publique du Québec (INSPQ), has been serving remote areas of the by road since 2002. Eeyou Istchee has been part of the program since 2005. On average, more than 700 women in Eeyou Istchee have a mammogram on the Clara Bus, which is one of the best early detection methods for breast cancer.

Breast cancer screening is by appointment only. Every 2 years, women aged 50 – 69 receive a letter from the Public Health Department of Cree Health Board, inviting them to be screened for breast cancer. These women will be able to call their local Chishaayiyuu CHRs to schedule an appointment. 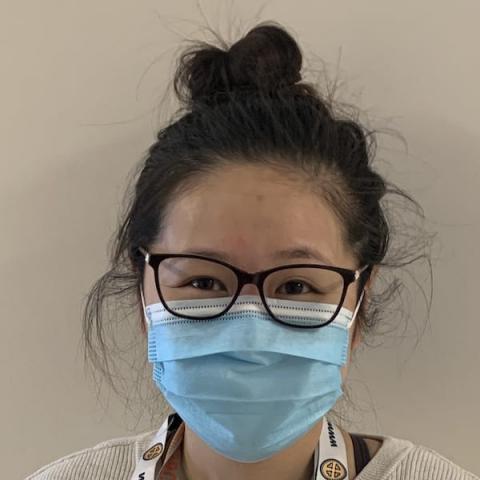 “This makes the service much more accessible, since we don’t have any mammography machines in the area. The setup is exactly the same as at other hospitals and clinics across Canada.”

Breast cancer screening is a personal choice and there are both pros and cons to be aware of. To learn more, please contact your local Chishaayiyuu CHR.

This year’s tour is especially important given the ongoing COVID-19 pandemic. By having the option to be screened in their home community, women will not need to travel off-territory for screening. This reduces travel and the potential need to quarantine upon returning home from a screening appointment. All COVID-19 precautionary measures will be followed to keep everyone safe.

Important improvements have also been made to ensure the best possible experience in this year’s screening tour. Women will have longer appointment slots and more time with the technicians to ensure they understand what is going on and can feel comfortable. Cree CHRs conduct medical questionnaires with the women and can accompany them on the bus or offer translation services if needed.

The Public Health Department of the Cree Health Board recommends that all eligible women between ages 50-69 be screened about every 2 years. If you are between the ages of 35 and 49 and have a family history of breast cancer or ovarian cancer, ask your doctor about the best screening options for you. 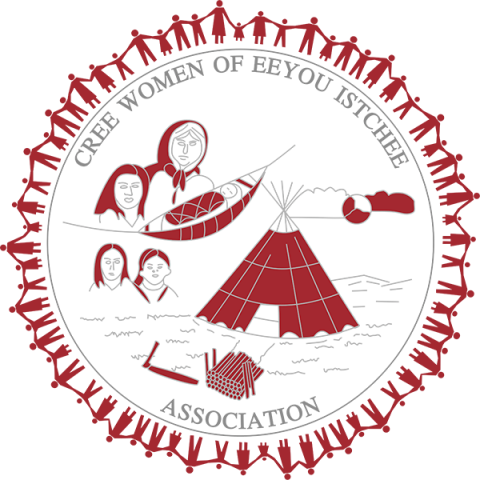 Promotion of this year’s tour is in proud partnership with the Cree Women of Eeyou Istchee Association (CWEIA). 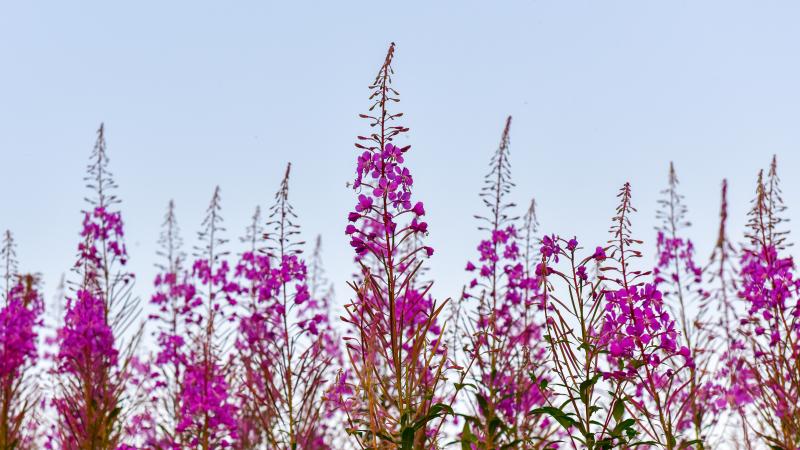 What is a mammogram?

A mammogram machine takes X-ray images of different angles of your breast to screen for breast cancer. 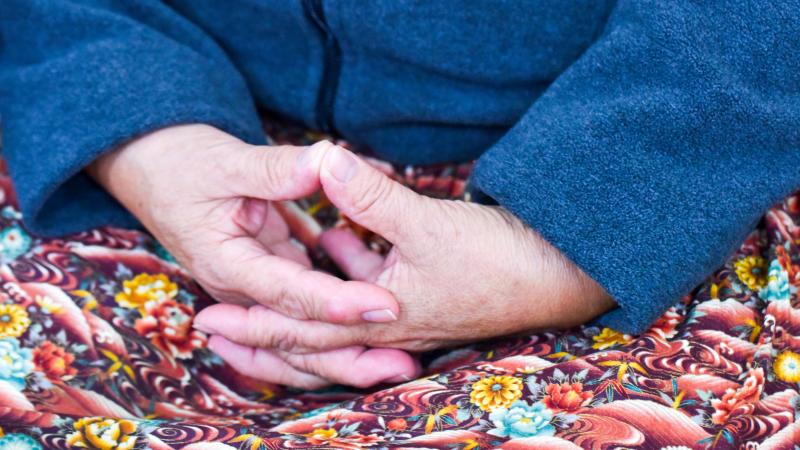 Breast cancer screening (mammography) checks for cancer in your breast before you or your doctor notice anything wrong.