Skip to main content
The Covid-19 virus is still present in Eeyou Istchee. Make it a habit to follow precautions and get tested. Keep the circle of protection strong around our communities.
Related content
COVID-19 Update for Eeyou Istchee
Featured media
Image
Caption
Jason Coonishish(Coordinator Pre-Hospital and Emergency Measures, Pimuhteheu) trip to the Arctic in March 2019. Jason traveled with The Canadian National Defence and the Canadian Red Cross . This trip was part of the Emergency Response Unit Exercise to s

Jason Coonishish, Cree Board of Health and Social Services of James Bay (CBHSSJB) Coordinator of Pre-Hospital and Emergency Measures, travelled to the Inuvik Region of the Northwest Territories and Resolute Bay, Nunavut to participate in Operation Nanook-Nunalivut 2019, a joint exercise organized by the Canadian Armed Forces.

Between 17 March and 1 April, 2019 around 500 military personnel and partners tested cold weather survival skills, equipment and logistics in arctic conditions where temperatures reached lows of -60 C.

“This joint exercise allowed us to test equipment in extreme cold conditions. This is an important step for the development of emergency response capability in the Cree territory of Eeyou Istchee in northern Quebec,” said Coonishish. “The tests we did in the Arctic allowed us to evaluate heating equipment such as thermoelectric generators, self-powered diesel heaters and heated floor mats,” he added.

The CBHSSJB has been working with the Canadian Red Cross on developing a base for regional emergency response in Eeyou Istchee for over a year. Last summer, CBHSSJB representatives visited a Canadian Red Cross Emergency Response Unit in Schomberg Ontario. The partners are studying the feasibility of deploying a mobile emergency non-surgical hospital based in the Cree Nation of Chisasibi.

The military joint exercise focuses on land operations, research and development as well as finding best responses to safety and security issues in the far north. This year, Operation Nanook-Nunalivut took its participants to Yellowknife, Inuvik and Tuktoyaktuk in the Northwest Territories as well as Resolute Bay in Nunavut.

“Crossing the Arctic Circle was a great experience. I would like to thank the Canadian Armed Forces for inviting the Canadian Red Cross and enabling me to participate in this joint exercise,” concluded Coonishish, who received a Certificate of Passage North of the 60th Parallel from Inuvik’s Mayor Natasha Kulikowski. 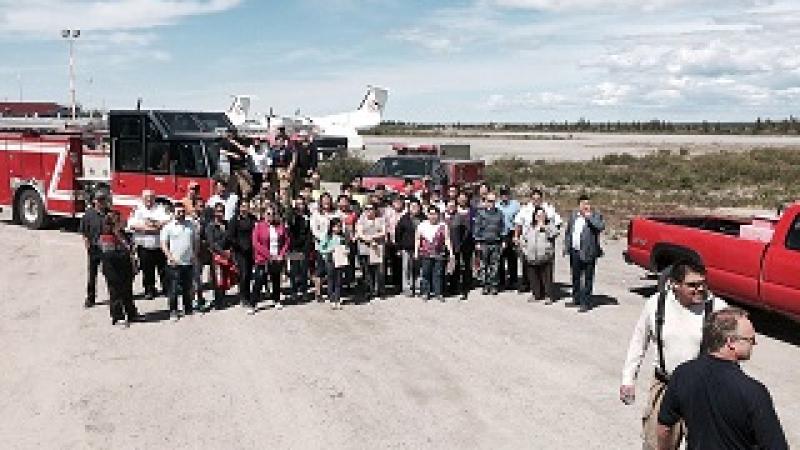 In Chisasibi on July 6, 2016 a simulation training exercise was held to test the capacity of the community to respond to a major emergency. 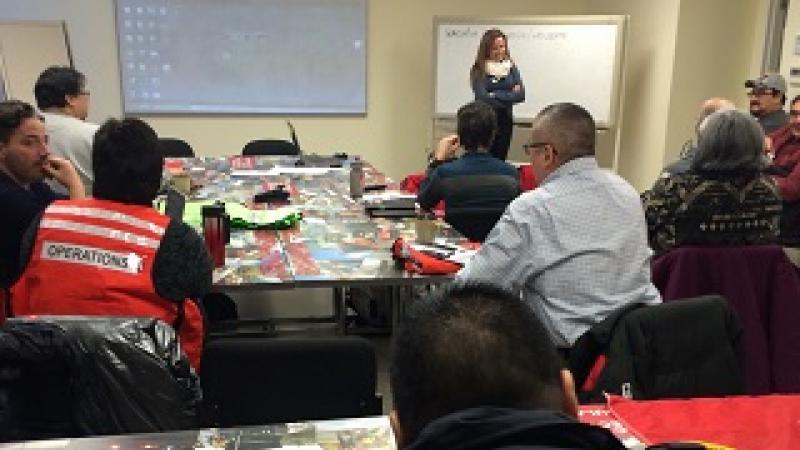 The tabletop exercise was a full-day simulation held at the local Fire Hall, and based on a scenario of a major forest fire requiring partial evacuation of the community.